Henrietta, TX (May 26, 2016) - Triangle Brick Company of Durham North Carolina held the grand opening celebration of its newest manufacturing plant, the Clay County Plant, in Henrietta, Texas on May 26, 2016. The plant is located approximately 10 miles south of Henrietta on Hwy 287, situated on nearly 1,000 acres.

The ceremony kicked off with the musical styling of Erick Willis, a soulful top-50 Texas radio artist that was born and raised in Henrietta, Texas. The performance was followed by words of gratitude from Wilhelm-Renke Roeben (Owner), Scott Mollenkopf (President and Chief Executive Officer), and Howard Brown (Executive Vice President and Chief Operating Officer) to local dignitaries, trade partners, distributor partners, brick industry veterans, and Triangle Brick Employees from the Clay County Plant and North Carolina. The ceremony closed with a plant dedication honoring Mr. Wilhelm-Renke Roeben, followed by a catered luncheon and guided tours of the new plant.

Triangle Brick continues to react to the increasing popularity of brick in the United States, to the anticipated continuation of the building boom, especially in Texas, and to the surrounding states’ growing demand resulting from the company’s marketing efforts. The company appreciates the continued support from the Clay County, Texas community.

The new plant has the most technologically advanced production and packaging equipment, including industrial robots. The automated kiln is among of the largest ever built in the United States. Triangle Brick has begun to manufacture king size brick in a variety of colors and textures for both residential and commercial construction.  Additional sizes and colors will be added to the product portfolio over time. 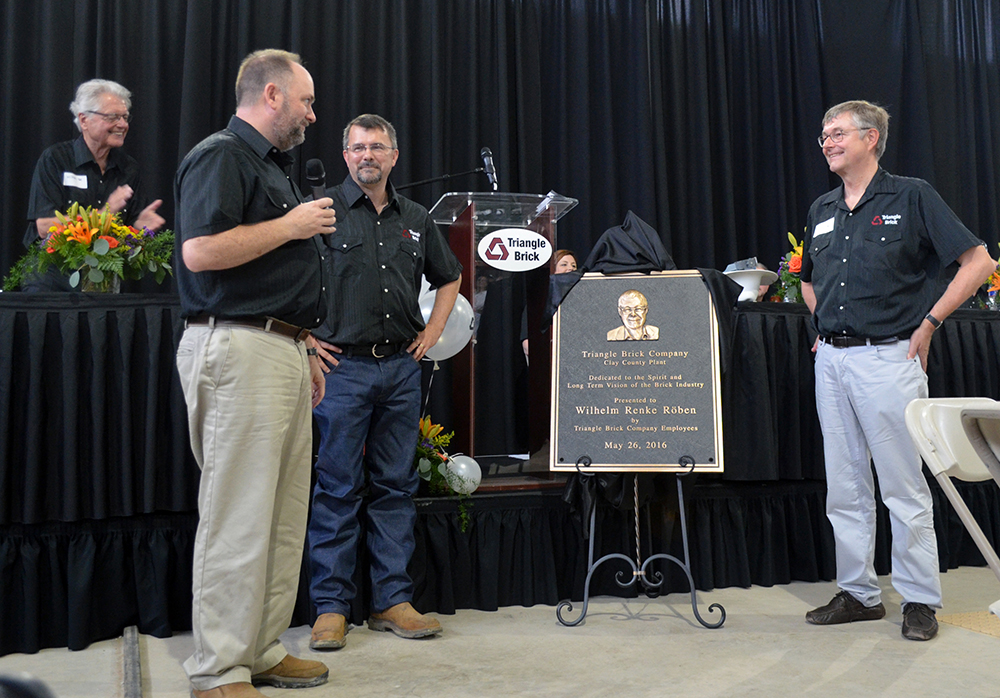 Triangle Brick Company is a leading brick manufacturer headquartered in Durham, N.C. It was founded in 1959 with an original plant beginning production in 1960. Currently they have four plants, located in central North Carolina; and one plant in Clay County Texas. Its products are currently supplied to dealers and distributors, builders, and masons in over 30 states throughout the U.S. For more information on Triangle Brick Company, visit trianglebrick.com.